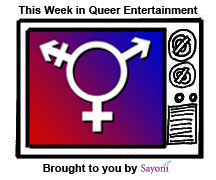 This is a new segment on our blog, where we will be covering bits and pieces of visibility of queer community, especially queer women, in the media – books, TV shows, movies, theater, celebrities, you name it.

So the last we spoke about this, Callie and Erica were hanging out every single day, sipping wine and being Best Friends Forever, or rather in Addison’s words, “a very happy couple”. Two episodes have passed since then, and the storyline has been taken to a new dimension. Addison came back on the previous episode “S4E13 – Pieces of My Heart”, with a new and improved Gaydar, and asks Callie whether she was “speaking the Vagina Monologues”, making her blush and stammer and laugh and explain how much she loves penis (that never stopped anyone from loving pussy, okay?). In an effort to prove her heterosexuality, she starts having marathon sex with Dr Sloan, who, as of this week, is officially known as The Whore.

This week, on “S4E14 – The Becoming”, after avoiding Erica the entire day, Callie finally admits to her what is going on, and tell her what Addison said. The two laugh at first as if it is completely ridiculous, but then it turns into a grimace, when they realise that maybe there is a grain of truth to it. Where is this going? No idea.

ABC also gave us a great gay goodie this week, completely blowing family-friendly into the water. They addressed the Don’t Ask Don’t Tell problem, by having a gay soldier who was in the hospital for a tumour, trying to keep his relationship with his fellow soldier a secret. The great thing about it? They actually KISSED on screen – a full-on, on-the-lips-with-tongue-and-passion-kiss that lasted for more than 10 seconds, probably making their own mark on network television history. The soldier died from the tumour anyway (or rather, the experimental surgery that was part of the clinical trial he was in), but that gave us the opportunity to see the father and boyfriend find some sort of brief unity over a person they both loved.

A Shot at Love With Tila Tequila II 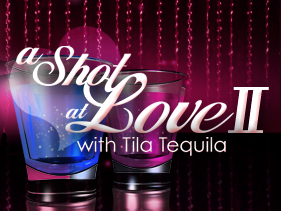 On the third episode of Tila, they combined Survivor and Fear Factor into one show, and the girls won both challenges, AGAIN, landing a crushing blow to the collective egos of malekind. Lisa is on a winning streak after being told to step it up and open up, and she did just that… I am starting to like her too.

The boys on Tila are annoying me so badly, I can’t even root for any of them. This assessment is not biased in any way, being bisexual myself – even Kristy, the resident bisexual contestant was much more annoyed than the rest, almost getting into a fight with Jay.

The maturity level of the boys are about the level of 15-year old boys (whom I am generally allergic to). Even Kyle, the only boy on the cast for whom I would throw down, decided to participate in the big panty raid that Chad, The World’s Most Immature Man, initiated. Jay and Chad, the dynamic duo, even annoy the other guys by heckling and making inappropriate remarks. I really want to meet whoever did the auditions – either they were drunk at the time, or so few men showed up, that the cream of the crop is so un-creamy that it is just water.

This week, Dominic, V, Ryan and Lauryn got eliminated. Dominic, for a very good reason, that he doesn’t believe bisexuality or lesbianism is real. The rest are just not connecting with Tila. I don’t understand why Jay and Chad are not going home yet – it will kill me if either of them make it all the way to the Top Five. I doubt it though – Tila likes nice, sensitive men, not testosterone-laden, homophobic idiots like Chad.

If you wish to contribute to this column, please email This email address is being protected from spambots. You need JavaScript enabled to view it. with your commentary/news piece in less than 300 words. Please note the criteria is that it has to be current media. For overseas TV shows, it has to be quite soon after it has been aired in their home country, and not when they air locally.