Another season over, another 12 episodes of drama come to an end. The fourth season of the groundbreaking lesbian drama series based in Los Angeles, USA has more ups and downs than all the rides in a Disney Theme Park put together, more drama than Bold and the Beautiful, and less sex than Friends?

To talk about the beginning, we must talk about the end. Season 3 managed to do an extremely good job of alienating everyone from stone butches to bisexuals to goldstar dykes to Dana-fans. And if that was not enough, the continued and annoying presence of a certain Band That Shall Not Be Named [here's a hint, their name starts with B, and ends with y. Shh! Don't say it out loud!] and the refusal to remove the world's most annoying theme song, turned dykes against the show by the score.

Season 4, then had a lot of slack to pick up. It had to bring back the humour, the drama, the fun that Season 3 somehow lost along the way.

The wait for the first episode was fraught with suspense over all the cliff-hangers in the last episode. The biggest cliff-hanger, to me, was not knowing whether Bette was going to be in prison: I just wanted to know whether the theme song was going to be changed. And in a few short minutes after playing the episode, everyone around me should have gotten the answer as I let out a desperate wail and started pounding my head against the computer keyboard.

My patience at not turning off the show at this point was rewarded, as I was treated to a sumptuous good episode of The L Word, back with full gusto and drama that put my faith back in Ilene. It set a very good tone for the rest of the season as it set up everyone's plotlines.

The rest of the season, similarly, met my expectations, with occasional letdowns. The writing, as usual, was off sometimes, and on occasions, extremely painful. I thought I was sitting through an episode of Whizzes of the Void Deck as Shane and Paige stumbled through 'educating' a class of 9-year olds on homosexuality. This scene was an example of a storyline in the show with so much potential, but went down the drain due to bad writing. And then sometimes, the writing was simply amazing, as with Episode 6, where all the women were shown on the phone-tree, doing what lesbians do best: creating drama. 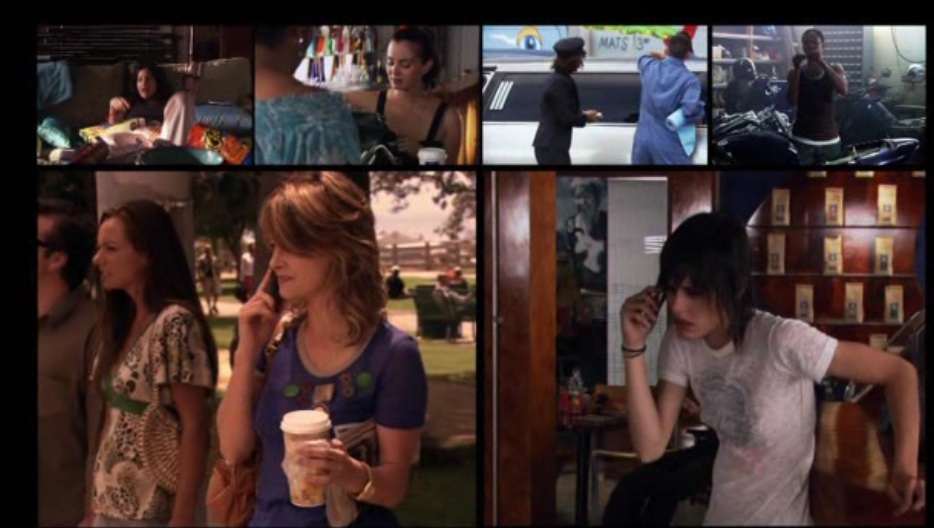 This season also introduced four new characters, which greatly increased the diversity of the show. The introduction of the African-American lesbian, Tasha, pleased me the most, as the lack of non-white queer women on the show was an issue bugging me from the beginning. To add to that, her position in the military, as well as her role in the Iraq War, provided us with the interestingly conflicted perspective of the LGBT person in the army. Jodi, the deaf lesbian was a welcome addition, as the issue of physically challenged LGBT people is hardly ever broached in our community. Phyllis Kroll, the chancellor, is the story we all know and hope to never live: the woman who comes out very late, after living a completely heterosexual life.