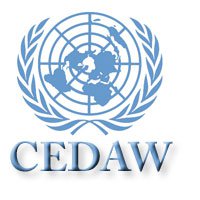 The report was a three-year journey and in between, there were new developments like the AWARE saga and evolving use of section 377A of the Penal Code. The research and writing of each subject of the report was done by several volunteers: Anj, Indu and four others. As the project leader and editor, I whittled the drafts down from the initial 30+ pages to half its length, applying conceptual insights and practical tips from IGLHRC’s Guide (http://www.iglhrc.org/cgi-bin/iowa/article/publications/reportsandpublications/945.html) and then wrote the introduction, executive summary and conclusion. AWARE and Sayoni eventually agreed to mutually endorse each other's reports and we have done so.

In 2010, we submitted a preliminary report for the CEDAW Committee's consideration. The Committee convened in a Pre-Session to examine all the submissions, including information it had sought through other avenues, e.g., human rights reports. A month later, the Committee issued a “List of Issues” for the State to respond to and I was happy to see that their question on discrimination based on sexual orientation and gender identity quoted our report substantively. I was especially heartened to see that the Committee had done due diligence and appeared to be informed about Singapore's issues with discrimination, making NGO efforts worthwhile.

Through this report, I learnt more about the specific forms that the discrimination takes. My perspective of CEDAW so far, is that it can create a consensus for global standards of gender equality. It raises awareness of discrimination and creates a platform for constructive dialogue with all stakeholders, especially the State.

Editor's note: The reader might wish to read this related article by Alex Au about the statement given by the singapore government at CEDAW: