SINGAPORE, Thursday, October 30, 2014 – We are greatly shocked and disappointed by the Court of Appeal’s ruling against appeals brought forth by Kenneth Chee, Gary Lim, and Tan Eng Hong, thereby upholding the constitutionality of Section 377a of the Penal Code criminalising sex between men.

Despite the authorities’ claim that this law will not be enforced, the existence of Section 377a has a wide-ranging effect not just on Singapore’s Gay men, but also its Lesbian, Bisexual and Transgender communities.

It gives carte blanche for discrimination and reinforces prejudice, leading to censorship in the media and the aggravation of negative stereotypes, and impacting the health and wellbeing of a significant segment of society.

While we appreciate the Court’s position that it cannot assist in providing a judicial remedy to what it views as a legislative issue, we cannot accept its narrow interpretation of the constitution in this regard, and its view that this is an ‘insistence by a particular group or individual that its/his values be imposed on other groups or individuals’.

It is not an imposition for a segment to seek the same rights as the rest of society. To be viewed as equal in the eyes of the law, to feel safe at home, and to be protected against discrimination, mistreatment, even physical and emotional harm, is a right to which every Singaporean should be entitled, and not denied on the basis of whom they love.

With this verdict, an opportunity to showcase Singapore as a truly accepting, open and inclusive society – and a great place to live, work and play – has been missed.

Mass Hysteria has spread beyond detention and secondary school graduation. There are no expiry dates, no LUGs, but some spectres continue to haunt.

Shrugging off uniforms and habits, the queerdos set their sights on the world outside, to re-act and negotiate the hysterical and the historical, great tropes and expectations, memory and homophobic violence, nightmarish dyke drama and the life cycles of lezbo love.

More info -- and the freshest updates -- from the Facebook event!

Get your tickets at the Arts House box office, at the door, or reserve them through this link (opens in new window). 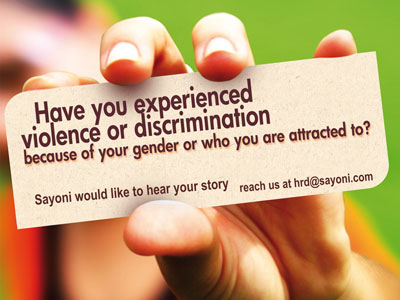 Have you been teased, bullied or physically locked up or harassed – because you are lesbian, bisexual, transgender, or queer in some other way? Have you had trouble in school, finding a job or flat, or getting the healthcare services you needed?

Some of us shrug off these daily discriminations as everyday happenings. Others have never spoken about the pain we have suffered. Authority figures can be cold and lack understanding of LBTQ people. Our family members may have turned our backs on us.

Do you have a story of your own to share?

Sayoni is conducting a study on LBTQ experiences of violence and discrimination in Singapore. We are looking for people who identify as women across the LBTQ spectrum who are willing to sit down with us to answer some questions. You should also be 18 and above and have lived in Singapore for more than a year.

Your participation is important to help people understand the real situation on the ground. It will drive Sayoni's advocacy work and shed light on the community's needs.

We will keep your data anonymous and do our utmost to protect the privacy of interviewees. To find out more about our study, please email us at hrd[at]sayoni.com.

4 comments
We, the undersigned, are alarmed by the recent surge of racism and xenophobia in Singapore.  They threaten the human rights of all (especially migrants) and the health of our political conversation.

The key to addressing the economic frustrations felt by many Singaporeans is to amend the economic policies and structures that cause worsening economic inequality and marginalisation.  These inequitable policies were not instituted by migrants and will not automatically disappear if the migrant population decreases.  We urge for the energies of civil society to be directed toward creating a fairer, more equal society for all, including universal labour rights and employment protections.

Focusing on immigrants does not contribute to these structural changes and instead creates an unsafe and divisive society.  We see the widespread use of racist, aggressive and militarised rhetoric on social media, as well as a trend of blaming foreigners for social ills.  Ordinary people have been threatened in public spaces with nationalist and/or anti-foreigner language.  To identify “true blue Singaporeans”, people appeal to prejudices about race, class, skin colour, names, accent, language, and other markers of difference, creating an oppressive society where people constantly discriminate against one another. This supports various forms of discrimination, not just against non-Singaporeans but also among Singaporeans – for example, on the basis of gender, age, disability, class, ethnicity, descent and other characteristics.

This anti-foreigner approach also stifles constructive political discussion.  Some elevate pink identity cards or National Service to sacred emblems of belonging and entitlement, which cannot then be discussed openly and inclusively. 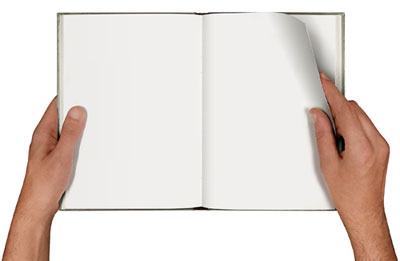 Sayoni is conducting a research study to document cases of human rights violations against LBTQ (lesbian, bisexual, transgender, queer) women in Singapore because of gender or sexuality. This information will be gathered through semi-structured face-to-face interviews.

If you meet the following criteria, we invite you to participate:

The data collected will be kept anonymous and strictly confidential. We will do our utmost to protect the privacy and safety of respondents.

Your participation is important to help us understand the community’s needs and drive advocacy work to meet these needs. The findings will also fuel our other efforts to improve the day-to-day experiences of LBTQ women and enable their inclusion and participation in Singapore society.

We would be happy to provide more information. Please email us at This email address is being protected from spambots. You need JavaScript enabled to view it. to sign up or find out more.