In breaking news of this week, 6 men have been charged under s377A and s377 of the Singapore Penal Code, for sex with a teen they met on the internet. We reproduce the AGC Media Briefing below.

The abovenamed six accused persons have been charged for committing unnatural
offences with a 15 year old male student on occasions in 2006 and 2007. The six
accused persons met the victim while chatting on the internet. The accused
persons are charged as follows:-

66 States Condemn Violations Based on Sexual Orientation and Gender Identity

(New York, December 19, 2008) – In a powerful victory for the principles of the Universal Declaration of Human Rights, 66 nations at the UN General Assembly yesterday supported a groundbreaking statement confirming that international human rights protections include sexual orientation and gender identity. It is the first time that a statement condemning rights abuses against lesbian, gay, bisexual, and transgender people has been presented in the General Assembly.

The statement drew unprecedented support from five continents, including six African nations. Argentina read the statement before the General Assembly. A cross-regional group of states coordinated the drafting of the statement, also including Brazil, Croatia, France, Gabon, Japan, the Netherlands, and Norway.

The New Straits Times Online carries an article “Why do you want to hurt me?” discussing homophobia in Malaysia. We are happy that this issue is being openly addressed in our sister country, particularly in the light of it being an Islamic country (according to its leaders, though not officially), and in the light of official homophobic positions (Anwar being prosecuted for sodomy, and official fatwas against the community)

In a further development of the story we published on the orchard towers “hate crime”, the remaining three assailants, the ones who started the assault on the victim Suhaimi, have been sentenced by a district judge.

Greater role, so trio get jail

This email address is being protected from spambots. You need JavaScript enabled to view it.

ALL six friends were involved in the brawl outside an Orchard Towers pub last November, but a district judge ruled yesterday that three of them had played greater roles in the fatal assault. 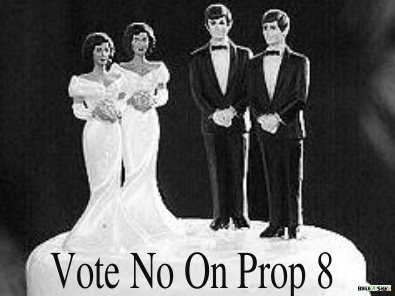 It is good news and bad news today – in the good news, Barack Obama was elected President of the United States.

In the bad news, three states – Arizona, California and Florida, have voted to pass a constitutional amendment that defines “marriage as being between a man and a woman” only. 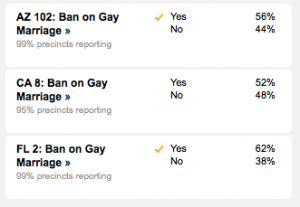 The most upsetting of these setbacks, was in the state of California, where Proposition 8 was defeated by a margin of 4% [with 95% of precints reporting in]. At the time of publication, it does not look likely that Proposition 8 will be defeated, and hence, we have to accept the cold hard reality that one of the largest, and supposedly liberal states in America has decided that people like us do not deserve equal rights. [Click here for updates]

Now, readers are inclined to ask: how is this related to us? We do not live in America, for this to really affect us. However, this is likely to have repercussions in both America and abroad, in the march towards progress. After the court case that allowed same-sex couples to get married, this step backwards is a big blow to equal rights. Even though domestic partnerships are still allowed, they are not the same as marriage, and does not confer many of the important rights that come with marriage.

Here’s us hoping that in the years to come, the constitutional amendment will be overturned, though it is so much harder to do.