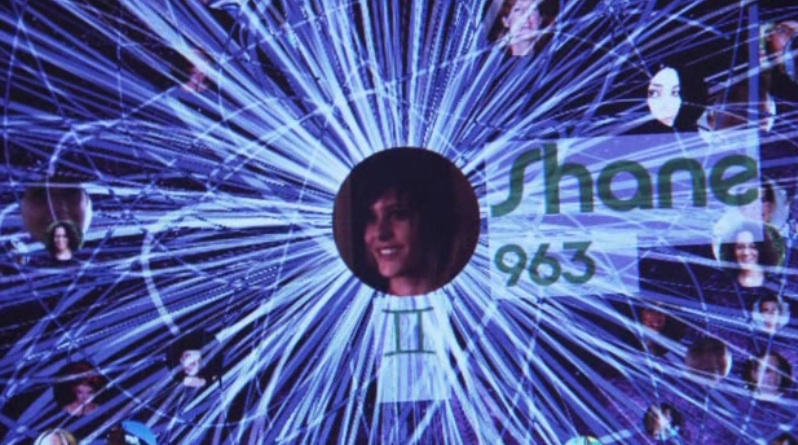 As usual on the L Word, characters undergo personality transplants at the beginning of each season. Helena became the nicest person in the world in Season 3 after being a bitch in Season 2. Possibly calling on the same hypnotist that Helena did, Max suddenly became a righteous, gentle dude who started standing up for women's rights, a complete turnaround from The Hulk he was in Season 3. He even became likeable, after he stopped saying, 'You don't understand!'.

Of course, when someone becomes nice, someone has to be a bitch. And this season, Jenny got the short straw. If viewers grudgingly started liking season 3 Jenny, shocking us all with her display of backbone and feminist observations, they would be quick to return to their fast-forward-when-Jenny-comes-on-screen ways in Season 4. While we've always known Jenny is crazy, to say the least, her new malicious, arrogant, self-absorbed Paris-Hilton-like behaviour [complete with an adorable dog] would be quick to turn off even the most ardent of Jenny fans. Starving artistes who write about their own tortured childhoods are seriously so much more likeable than rich accomplished 'writers' who rip off their friends' life-stories. 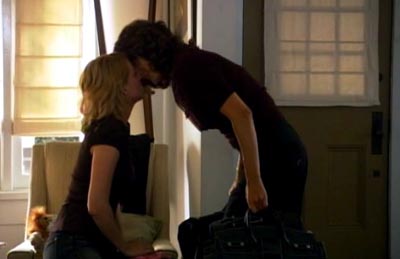 The same wisdom can apply to another couple we all know and love: Tina and Bette. If TiBette shippers thought their agony had finally ended in Season 3, they would have to call their manicurist again this season to fix their chewed-up nails. The writers torture us with hints and shows of emotional intimacy between the two, and towards the season, it becomes fully clear that Tina is regretting leaving Bette [duh!] and/or 'going straight'.

As if we couldn't see that coming.

Seems the L Word people have a penchant for the things-you-can-see-coming-from-a-mile-away plotlines this season. Shane going from a coke-sniffing mess to The Most Responsible Person You'll Ever Meet [according to Paige] with the arrival of Shane, then eventually losing her half-brother to irresponsible jerk that is her father, was the most predictable, yet still rather heart-breaking storyline. To drive in the theme of personality transplant, she even wanted to buy a 3-bedroom house with white-picket fence in “Valley Village” with her new 'girlfriend', Paige, by the end of the season. Which also happens to be most boring, and no-chemistry relationship [only second to Papi and Kit]. And not just because Kristina Loken is so erm, Amazon, compared to skinny little white 'vanilla' Shane. All this happens, of course, at the expense Shane giving up her status as The Player. 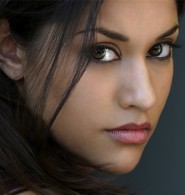 Someone else takes her place, naturally. Papi, aka Sexy Latino Chick Number 2, who has had sex with more than 1000 women [ever thought of going for a STD test, dear?] is the ultimate bore on the show. Even the storyline of her falling for Kit [ewww!] was simply off-putting and boring. Not only that, while Janina Gavankar, who plays Papi, is sizzling hot, the producers somehow managed to make her look absolutely terrible. The whole 'player' thing would be more believable if she was a femme lipstick lesbian chick - Gavankar and the ghetto-girl-cum-andro-wannabe look don't go together very well. The only thing about Papi that was interesting was the revelation of her real name, Eva Torres. Aka the reason Carmen didn’t go to her prom. [Thanks to Scribegrrrl for pointing this thing out that I, along with many other viewers, completely missed. Nice plot touch, The L Word writers... are you feeling quite well?]

Speaking about lipstick lesbians, can someone tell Katherine Rothberg that this label is not meant to be taken literally? Most of us don't use lipsticks as a part of our sex life or draw on our girlfriends. Yes, I know you are Helen's sugar-mummy- but really, you are creeping me out with your zombie-like face and cold-blooded money-making schemes.

If that relationship creeped me out, what put the fuzzies back in was the relationship between Alice and Tasha. It is one of the cutest on the show, and perhaps the most balanced and happy relationship Alice has ever had. And of course, such a thing cannot exist on a television drama show, so Tasha is eventually shipped off to a place worse than Iraq.

Tasha is only Alice's second relationship in the season. Phyllis, the mature Chancellor manages to give her a few good orgasms before turning into the Giant Squid, who wraps her clingy tentacles around her coming-out experience, Alice. Again, a rather realistic storyline - how many times have we seen this, the lesbian who is just coming out, latching on to the first person who comes her way, and not letting her go because she is afraid she will never find another? 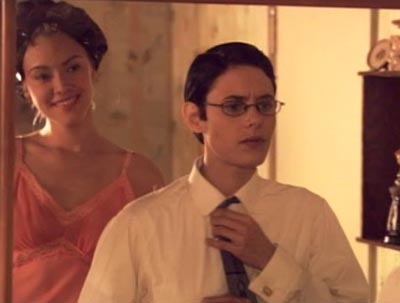 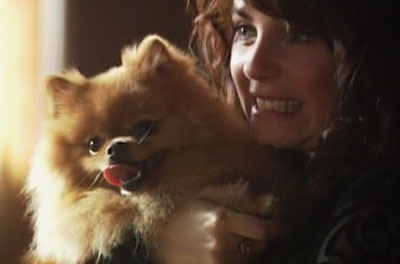 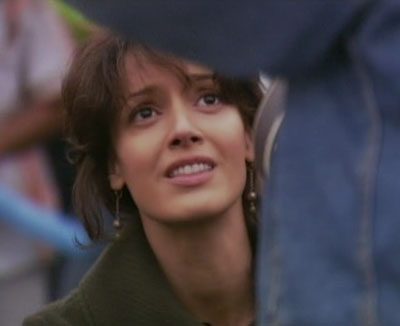 The final episode was perplexing, to say the least. It was one of the quirkiest episodes in the season, and rather confusing, and obviously shot by someone who came from MTV. As many viewers would have noticed, it had very few cliff-hangers, as compared to the season 3 finale. But at the same time, none of the stories were complete. It was as if the writers tried to do it such a way that left enough to carry on Season 5, but provided an adequate closure if Season 5 never came to pass for some reason. Even though Season 5 has already been officially announced, and Marlee Matlin (Jodi), Cybill Shepherd (Phyllis) & Rose Rollins (Tasha) will all be back in Season 5.

Even though I might be criticising the show, overall, this season was much better than Season 3. It was funnier, there were no deaths, and no one was left at the altar. And even the Band-That-Shall-Not-Be-Named was absent from the show, sparing us the view of canyon cleavages and mis-dyed hair.

Not that it really matters: you know, and I know, that we are going to criticise this for half an hour, wait with baited breath for the next 9 months so that we can go through the rollercoaster ride of being alternately pleased and disappointed, and then repeat it all over again. Because we are hooked.

Because there really is nothing like The L Word on TV.

Note: Thanks to scribegrrrl for many of the screenshots as I was too lazy to take my own for some of them.

Talking to Manatees – review podcast
by Scribegrrrl and her girlfriend Anna

Sayoni Speak » The L Word Season 4 Review: The Best of the Season said,