HomeCommunityArticlesEntertainmentLooking for a Good Lesbian Movie (or Two)?
fShare
Tweet

This post is by guest writer Dee Mason, who tells us exactly which LBT movies she would recommend to queer women. Guest posts are the personal views of the writers and may not represent those of Sayoni. Please also note that there will be light spoilers for these movies.

There is something comforting about watching a good lesbian movie. Some of them are weakly plotted and badly acted, but there have been some in recent years which not only have good scriptwriting, but were well-acted and -directed too. In the reviews below I have given a short guide to the plot and some of my own feelings about the movies. Obviously they are my own opinions, but I can’t say I don't hope to influence you into watching them! 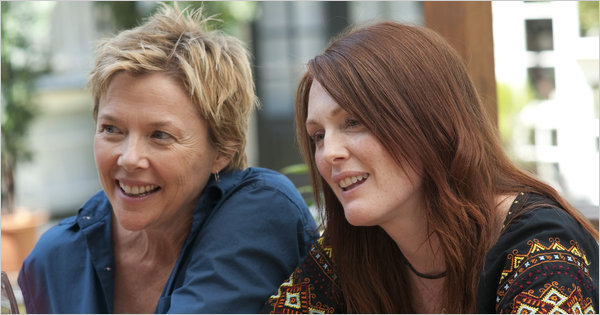 This quirky movie is set around a lesbian couple called Nic and Jules. They have been in a long-term, committed relationship — not without its problems — for many years, when their sperm donor suddenly shows up.

I liked the idea of the story. It reminded me a little of Mamma Mia, with the daughter deciding that she wanted her father involved in her life. (Okay, the difference with Mamma Mia was that there were three possible fathers, whereas The Kids Are Alright was based around two children and unknown sperm donors.)

Obviously the consequences bring up issues for the lesbian couple, as well the father, but I felt they dealt with everything, using sincerity and humor.

This engaging little semi-comedic documentary is about a student called Erin. One day she returns to her car — a rainbow-colored VW Beetle — to find that it has been covered in graffiti, calling her gay and a fag. Given the $500 deductible on her insurance, Erin decides to leave the graffiti there as a sign of pride and she drives everywhere, raising awareness of these nasty little hate crimes. Despite the criticism, and people accusing Erin of painting the car herself, her determination to make people more conscious of the issues of gay and lesbian hates crimes has made her almost famous.

What I enjoyed about it was her gritty sense of justice and equality. Especially considering that America has yet to catch up to many countries in terms of gay rights issues.

Rating: This movie deserves a 6/10, because I felt that being a documentary, it was largely Erin’s own personality that made the movie.

Many lesbians may have found themselves in a similar position to Elena — with the exception of being married to a pastor. An innocent friendship based around the mutual enjoyment of photography sparks a sexy romance between a lesbian writer and devoted wife and mother. Peyton, the lesbian writer, is single and has a few demons in her closet. 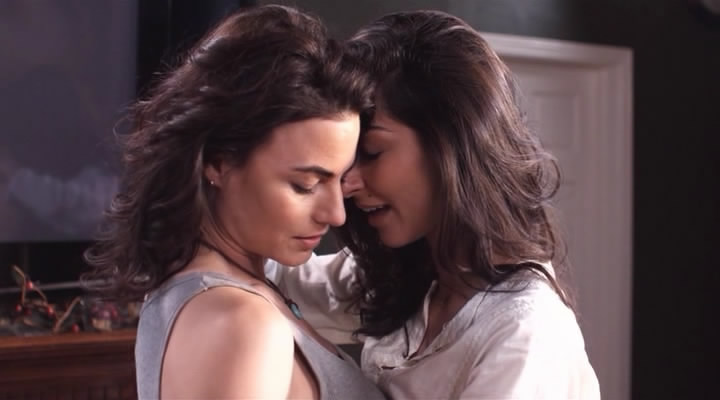 Although this movie is classed as a drama, there are some humorous moments which made me chuckle. Peyton’s fear of trusting people makes her terrified of what is beginning to happen between herself and Elena. Meanwhile, Elena is coming totally undone — hence the title — at her own underlying feelings. Everything she ever believed in is being challenged by her own inner struggle and her love for Peyton.

It is easy to relate to this movie because in general many lesbians fall in love with their friends — not knowing if it is safe to tell them. I liked how it addressed the emotional conflict that straight women may experience when confronted by feelings they had not been aware of.

Rating: 8/10 because of its cleverness, sensitivity and emotion. 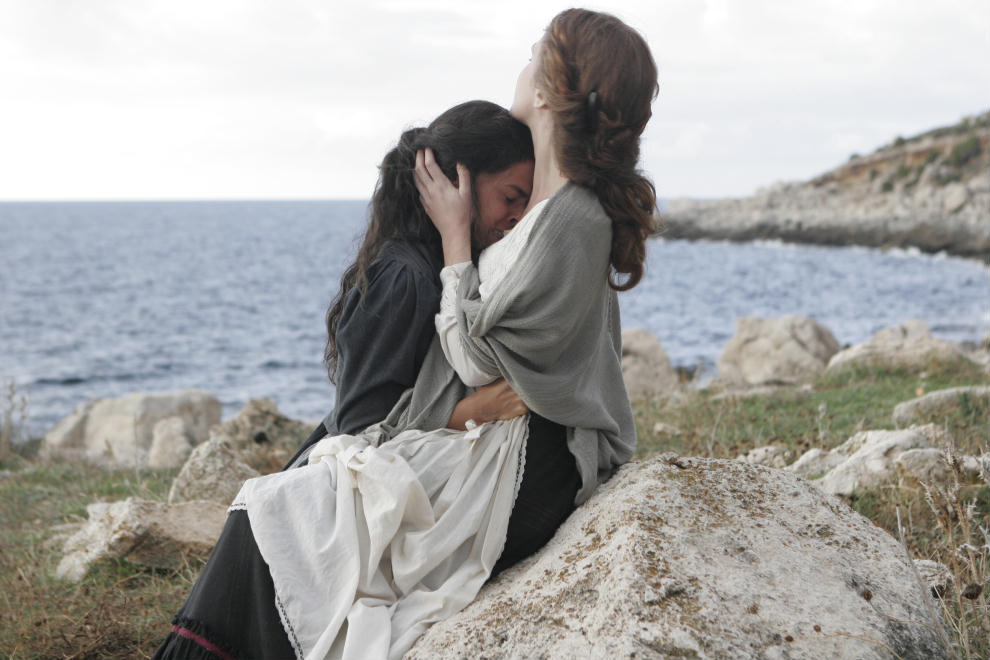 For those who enjoy a good historical drama, you would be well-advised to give Purple Sea a shot. Set in 19th century Sicily, it is based on the true story of Angela, who lives with her abusive father who would have preferred a son. Angela falls madly in love with her best friend, Sara, but the two cannot live together without causing raised eyebrows, or worse, being further abused by the entire town. Angela decides to become Angelo and live as a man with Sara.

This movie is not in English but this doesn’t detract from it being a good movie. It is definitely a gripping tale, with a tragic twist, and I do enjoy a good period drama. It addressed the issues of how women had to hide their genders and sexuality in order to live the lives they wanted to.

Rating: 7/10. There are some astounding pieces of videography and some great locations.

Chastity Bono, daughter of Sonny and Cher, struggled with her sexuality. In the end she decided to become Chaz, the man. 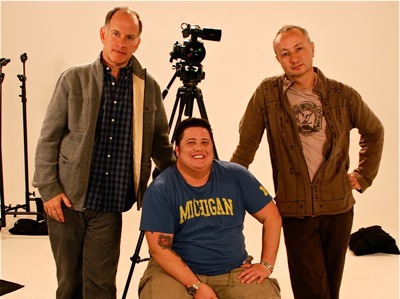 Chastity struggled throughout her early years with gender dysmorphia and finally underwent reassignment surgery, after much deliberation and counselling. The movie documents almost the entire journey from start to finish and includes interviews. Living life as a lesbian was Chastity’s only option before the surgery, but even then it wasn’t quite his bag. He admits that even as a girl he wasn’t a lesbian. It is not just about loving another woman but more about the deep need to become physically whole as a man. It draws very subtle differences between the gay/lesbian community and the transgender world.

I enjoyed how Chaz shared opinions, jokes and ideas about his change in lifestyle and it is a personable documentary to watch.

Set in the 1980’s, this movie tells the tale of two women who fall in love. They start out as co-workers, one being married to the other one’s brother. This movie was actually shot in Vietnam, owing to the Chinese government refusing permission. Li Ming is the orphan child who lost both parents when she was three. Her six week internship with a botanist sees her moving to an isolated island to complete her botanical studies. There, she meets the botanist’s daughter and they quickly fall in love. The scenery is extremely beautiful and there is some outstanding cinematography involved.

Rating: 7/10, largely due to the acting and the scenery.

Okay, I could, from the comfort of my Berkline sofa, argue that plots are not easy to create and, as with any romance story there is a systemic ritual of boy/girl meets boy/girl, loses boy/girl, wins boy/girl back and they live happily ever after.

But what I found interesting about most of these movies was the actual breaking away from that structure and twisting the plots in on themselves, to make for more exciting scenarios.

# findingjun 2011-10-09 14:47
Thanks for the recommendations! ^^
Reply
# lesbian scenes 2012-05-10 02:07
I know about Chaz Bono, I just had no idea there was a film about his transformation. I'll be checking that out...also I recommend Les Filles du Botaniste: I watched it and loved it!
Reply
Refresh comments list
RSS feed for comments to this post