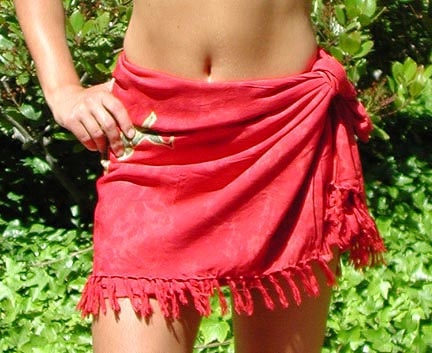 I am waging a war. And I am losing, badly. My defences are being torn down by the battering ram of a heaving cleavage, tightly wrapped in a V-neck blouse. I can ‘t take my eyes off, and I don ‘t quite want to either. A fighter cannot be distracted. Yet distraction walks in the form of a pair of sexy, tanned legs in a short skirt and high heels. My guard is down, and I pay for the lapse in attention badly, when a beautiful face leads a cavalry charge against me.

I surrender, but not before artillery in the form of a smoky glance in my direction sends me running for cover.

Ladies and ladies, I am fighting a war, which I enjoy losing every time. Whether it be on a MRT train, on the streets, or simply on the TV screen, this is a war I wage everyday, in trying not to objectify women.

I can ‘t really help it: I love women so much I sometimes wonder why it took me so long to come out to myself. It is hard not to check out women all around me. As a woman, it is so much easier to get away with it, as even straight women check each other out all the time, but more for sizing up competition.

I am fully guilty of objectifying women. But that does not stop me from getting angry when some man does the same to me, even though I am bisexual. I find it offensive and irritating whenever certain foreign workers stare at me like a piece of meat. Or any man, for that matter, unless he is totally good-looking [superficial human instinct, what can I say] I don ‘t really have any moral authority to tell them they are being offensive, when I am equally guilty of the same crime, do I?

I am not sure when the feminism movement decided it was offensive to objectify women, but it has been one of the ideals I ‘ve believed in for some time. Once you start seeing a woman as a sex object, you lose respect for her, and you lose sight of her other aspects of personality. How many times have we encountered men who talk to our chest, rather than the face? Especially in the workplace, one of the hurdles in making it an equal environment is sexual harassment, or in other words, people who stop seeing the woman as a worker, but as a sexual object. The removal of objectification has, effectively been equated to equality. It is certainly not the only thing which guarantees equality, but it is still important.

The lesbian feminist movement in the 1970s puts even more political baggage on current-day lesbians. Certainly, during the second-wave feminism, it was promoted as an equal, egalitarian alternative to heterosexual relationships. Feminists such as Jill Johnston, Gloria Steinem proudly practiced lesbianism, showing they were  ‘above men ‘. It was assumed, quite incorrectly, that two women would certainly have an egalitarian relationship, free of problems such as forced domestic status upon the wives, abuse, general inequality in household management etc. Two women, presumably, would not objectify each other  ‘ that apparently was considered a premise for men.

Put the two things together, and you can clearly see why everyday, I am waging a long-lost war. I pride myself on being a feminist, as well as bisexual, though I am certainly not bisexual because I am a feminist. Is it wrong for me to check out women?
To answer that, perhaps we need to turn the question around: if a straight woman checks a man out, is she objectifying him? Or if a gay man checks a man out, is he doing the same? I am not a man, so I do not have definite answers to this: but my guess would be that being objectified threatens the masculinity of the average male, and it does affect them.

There are no clear-cut answers to any of these questions, given how complicated and loaded each issue is. It is impossible to change human nature. My eyes will be drawn to a beautiful woman and her feminine parts no matter what, as it is a most human instinct. Perhaps the only recourse is to go ahead and admire the woman anyway, but treat her with respect all the same.

I have lost the war. But I am not complaining.

i think that “checking out” another woman is fine. but how it is done, is the difference. To me, ogling and staring (”perving” or “leching”, colloquially) are offensive. But “admiring appreciatively” is perfectly normal.
Reply
# Antoinette Yzelman 2010-02-02 02:06
#

Well, since it’s still winter here (kinda) I don ‘t have to fight this war, jet

A rule of thumb is that if you are going to have to talk to a person for more than 3 minutes, it is probably best to realize that the person is a human being, and, well, not objectify him or her. I don’t see anything wrong with thinking that someone is stunning though(especially since it is not going to have any serious backlashes).

peace out. And I think it is great that you have resources for LGBT in Singapore. -me is 14 y/o gay Singaporean male.
Reply
Refresh comments list
RSS feed for comments to this post