This article is written by our guest writer, Ho Chi Sam. 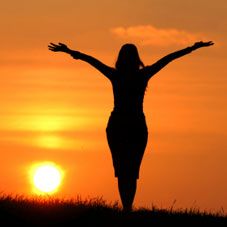 The world is so much easily understood if we saw and believed in everything in binary opposites, and ideally, both ends/poles function in tandem, in contrast, interdependently, symbiotically, and eventually contribute to a whole, a stable system, a status quo.

Where does the woman stand in the world of binary opposites? For millennia, literature, rhetoric and discourses have by default refer to ‘humanity’ as ‘man’, ‘humankind’ as ‘mankind’, most random persons as ‘he’ (Freudian slip any one?). This whole, stable system and status quo privileges a dominant kind ‘ the male-oriented. It is gendered and sexed accordingly to toe the line of the androcentric, patriarchal and heterosexist establishment.

What I find puzzling is that women are often described in terms of their functions. A woman is a mother, a wife, a daughter, a child-bearer, a housewife, a slave, an asset, a tradable commodity. These identities are roles, spokes in the wheel of a dominant worldview, almost implying that women are functional to men.

The main problem here is: how do we actually define a woman? Is the woman an onion, with many layers of (male) meanings piled and ascribed upon her? Is the woman a jigsaw puzzle, with each piece equally as meaningful (to the man) put together (by the man)? Is the woman a paint mix of all the colours, eventually acquiring a shade of black, leaving no clue as to colours of which she was comprised?

I am a sucker for structure. Defining a woman is problematic. It’s like using a stick to draw a figure in a trough of sand. The stick and trough are already tools and apparatuses of dominant male ideology. Even the sand in the trough is limited in quantity because it is provided for you by the very ideology you are striving to confront. You could resist by drawing a different picture, but you are still limited by the materials bestowed upon you. 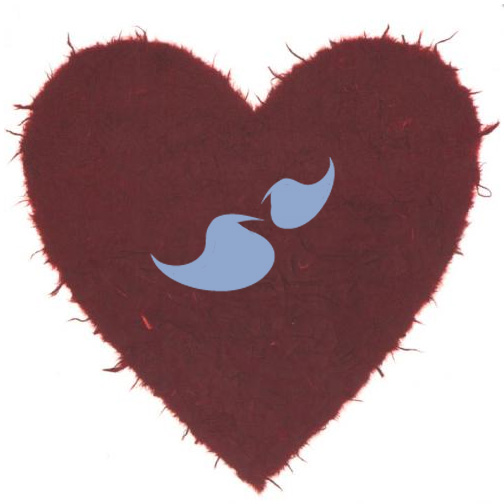 This is co-written by Yee and Qin, a love story which began in Sayoni through the Personals section… all it takes is an email, ladies.

Another normal day at work, Yee was at her desk sorting the emails in her mailbox.

Little did they know that this email would set the clockwork in place to spin a tale of two souls whose paths crossed through the wonders of cyberspace; brought together by a forum which they frequent, Sayoni. They have never met, do not even know each other but somehow they were brought together which I would like to believe as serendipity. It was the beginning of a new chapter in their lives and hopefully, in the following chapters of the book, imprinted by the footprints of these two characters who met by chance.

Yee always associated herself as a dork, interested in nothing but academics and was a total workaholic.

Qin was dreamy, interested in the arts, and had loads of aspirations.

Was it because of the Qin’s forthcoming attitude? Or the uniqueness of the name “Qin”? Yee was drawn and as the days went by, the virtual contact became more frequent. From emails, it escalated to Instant Messenger via MSN and thoughts, ideals were thrown back and forth sparking an intense and intriguing conversation/s on their beliefs, perspectives and ideals which little did they know, would form part of an amazing connection that came from two people from seemingly different walks in life and whom have never met. 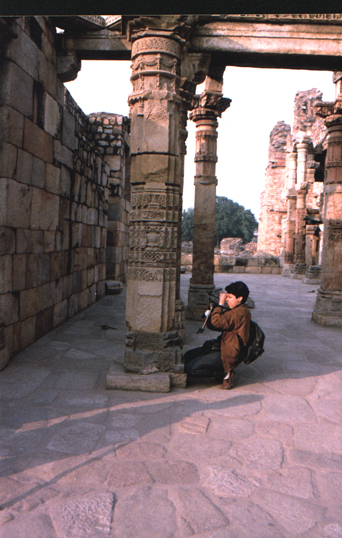 To commemorate our 2nd Anniversary, we go back to our roots and have a heart-to-heart with the author of the book that inspired us – Giti Thadani, author of Sakhiyani.

1. Tell us a bit about yourself

Later, I got constantly into trouble because I refused to pray and believe in Jesus Christ. It was apparently compulsory even for non-Christians. Anyway, I dropped out. Otherwise I would have probably studied mathematics.

Instead, my life followed a course outside all institutions. I never had a career; this research became a passion as did traveling over 30 countries. I have lived between Europe and India for more than 25 years, more in India now.

I’ve been learning languages – 7 so far. Have done all kinds of work to pay the expenses; I try to keep them frugal so that I have my freedom, but now I am managing to survive through a mix of artistic and other work.

This entry for the Writing Contest of February is written by Centaur, and is the winner of this month’s contest. Congratulations centaur! We will be publishing the top 2 entries for the contest.

Over and Over Again.

Sitting apart from you, with my bowl-cut hair and dirty fingernails. I was worlds apart from the immaculate you. You in your prefect outfit and neat pony-tail. There was something strange going on. As you laugh with that high-pitched voice and chatter with childish enthusiasm, I found myself without ground beneath my feet. As though I was being sucked under, into somewhere.

I don’t know. But this new feeling was both pleasure and pain. No words could label it. I wasn’t even conscious of it. All I knew was that you were incredible, fragile yet beautiful.

But I had no balls to tell you that.

You were a little secret, tucked neatly in a precious corner of a twelve year old’s heart. A secret that never saw the light of day.

I disliked you. The moment I first heard of you (your reputation preceded you) till the moment you joined our new class sullen-faced. Prettiest girl from another junior college? Hah! Not my kind of pretty, evidently. Everyone wanted to know who the new kid on the block was. ‘Who was this girl?’ I stood in the background, too aloof and proud to join in these lowly activities. Everyone wanted to be your best friend. Not I.

But I had no choice, I was forced into it.

Sayoni is holding a writing contest from now till the 13th of February. The one with the best entry walks away with $50 in cash or vouchers, and bragging rights.

Here’s what you need to do:

Pen a queer-related story/article and send your story to This email address is being protected from spambots. You need JavaScript enabled to view it. by 13th February 2008. Include a secondary email contact, the username you would like to be known by, and a short line about yourself.

The top few entries will be published on Sayoni’s blog and the winner will be notified by email by end February, and announced on the blog.

Please submit original material that have not been published elsewhere (including personal blogs).

All women are welcomed.