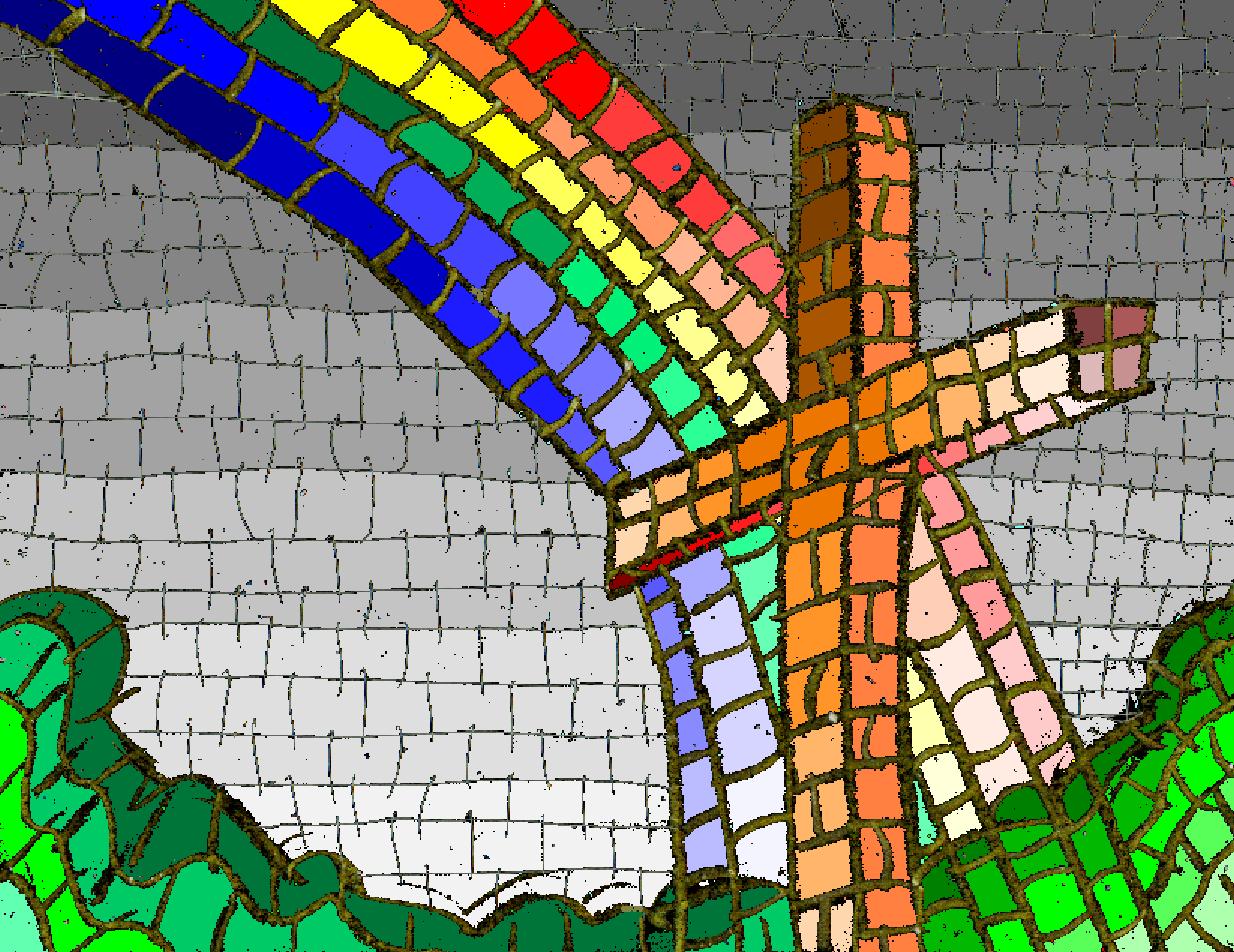 "Fridae has been told that a total of 85 people including filmmakers Sun Koh and Royston Tan have lodged police reports over the long Chinese New Year weekend about pastor Rony Tan's offensive comments concerning gay men and lesbians in an online video."

Read the rest of the article here.

Did Pastor Rony Tan make a mistake? Of course he did. He said things that were both ignorant and arrogant, as well as extremely bigoted. He acted in a way that no religious leader should have, in openly disparaging another religion, especially without much basis. Very few people would say that what he said was completely acceptable. And he has been reprimanded for it, by the ISD no less. The implications on this being considered a national security issue are for another author to debate thoroughly, but this author believes the use of the ISD to be heavy-handed and to send a chilling effect on political discourse and legitimate criticism of religion.

The ground gets more slippery when one considers his remarks against the queer community. I watched the video and found myself rolling my eyes at his ignorance. But what's new? He is only echoing what every other pastor says, when they might choose to speak on the issue. I am not sure he has had the opportunity to know better, and even if he hasn't, whether he even realises the damage he is doing. After all, he is doing what a lot of religious leaders do: latch on to one issue of moral significance and use it to gain popularity and following.

Are the police reports justified? Again, while I consider his remarks to be bigoted, unwarranted and completely lacking in any sort of grounding in reality or logic, the use of the police hand in this, is going too far. Of course, this is my personal opinion only, and I am fully aware other people might feel differently.

Like it or not, we are in a sort of ridiculous culture war, that has been unnecessarily imported from western countries: the Christians against the gays.  The two groups are by no means mutually exclusive, which makes the war all the more painful. It is a war that has been going on for a long time, and like all ridiculous wars, no one can really pinpoint who fired the first shot, or why the fighting still goes on. We may shake our head and wonder why the Palestines and Israelis simply cannot abandon their differences and come to a peace treaty, but the cycle of hate is such that unless both sides realise they are being idiots, the laying down of arms is impossible. The recent battles in this war, the 377A debate, the AWARE saga, Anglican pastor who disparaged the queer community, have all created a sort of siege mentality on the Christian community here, and the police reports are not helping.

Am I saying, let them say whatever they want, let them perpetuate the hate? Of course not. If we want acceptance, we have the responsiblity to educate others about ourselves. We have the responsiblity to walk up to our religious leaders, our families, our friends, and tell them exactly who we are, tell them about our humanity. They will not listen, not at first. But if we don't try, if we don't tell them again and again, the words may never reach their hearts.

This culture war goes beyond the queer community, it is simply the outer edge of a social phenomenon of religious extremism and divisiveness.  The war is bigger than us, and as I mentioned earlier, sometimes has nothing to do with the queer community but the desire of religious leaders to maintain a following - we just happen to be low-hanging fruit, easy to take a shot at. But there is no reason why we have to go down the path other countries have. There is no reason why religion and sexuality should be two separate spheres of our lives, and our society. Peace is not impossible - there are many pockets of tolerance and acceptance,  many Churches and Christians which affirm queer folk. If this coexistence, and might I dare to suggest, synergy, is possible, I do not see why we can't sign the peace treaty, if we just make an effort.

It is time to end the war before we take too many casualties.

Editor's Note: This writer has no religious affiliations whatsoever. This piece is her personal opinion, and is not reflective of the views of Sayoni in any way.

# jen 2010-02-21 20:01
I think the writer need to understand there is no war in the first place. The gay community has never tried to provoke them, it has always been a one sided affair. By asking us to lay down our arms to defend our dignity is naive and idealistic. And really, we have not even reach the stage of a war yet. Have you been reading too many romantic war stories?
Reply
# pleinelune 2010-02-21 20:26
Yes it is true the gay community doesn't go out to provoke them. But when we are attacked (and we have been, several times), sometimes the way we defend ourselves steps over the line. There has been a conflict brewing for some time, and if you have been following the recent events in the past few years, you would be blind not to see it.

No, I have not been reading too many romantic war stories. I don't read any, in fact. This is what is called... a metaphor. :)
Reply
# Q-Squared 2010-02-23 18:29
It's not going to be easy to stop this "war". Many of those in LGBT community faces difficulty in their personal lives everyday, thanks to the failure to embrace differences by people around them. And these people are usually influenced by opinion leaders... Pastors just being one of the many. Hatred is accumulating on both sides everyday, just seeming to wait to the day that it explode.

The reason why we're this "low-hanging fruit" is because we don't retaliate enough.

I'm not suggesting we should go on an all-out war with Christians. After all, not all Christians are bigots. I believe that this war is still not inevitable, but we need to be careful not to make sweeping statements.

With regards to the police report, I agree that it's unnecessary, only because we are not yet a protected minority to even warrant protection from the police forces.
Reply
# esil89 2010-02-27 10:10
maybe we should take some time to read this post for a different take.
angrydr.blogspot.com/

Actually that blogger and I have the same stance on it. I don't believe in using the police to silence freedom of speech like this.

So then you would allow people like Pastor Tan to say such things and remain unscathed?
Reply
# pleinelune 2010-03-05 09:08
I believe we can call him out civilly, we can send him letters, we can write letters to the forum etc.
Reply
# Antoinette 2010-03-04 13:19
Do you have a better solution then, in dealing with such situations, if using the ISD is not a solution?
Reply
# pleinelune 2010-03-05 09:10
It should be a law enforcement issue, not an issue of national security. I didn't want to go into too much because it relates to a lot of issues about executive power, the separation between law enforcement and intelligence agencies, and the issue of freedom of speech. I could write an entire legal essay on it.
Reply
# paulakey 2013-05-12 13:24
Many pastors in their zeal to condemn homosexuality as a sin, fail to realize that many homosexuals have not lost their faith in God/Jesus, but are still drawn to the life of Christ who walked and talked in a way so different from his 'followers' of today.
I love my God and my God delights in me. As a lesbian, I try to follow the example of Jesus by loving, loving and loving.
These pastors have taken love out of their sermons. Their concept of God is that of a vengeful entity who is waiting to send sinners to Hell. My concept of God is the word used by Jesus, "Abba" which translates as daddy or an approachable parent.
My God is the Father in the Parable of the Prodigal Son who rushes towards his son, and instead of presenting his son with all his sins, hugs him and prepares a feast.

I think we need to dialogue with pastors. Deepok Chopra lists five concepts people have of God...each step or concept is a moe mature and studied and spiritual look at God. The fearful and punishing God is the lowest on the scale.

I have taught theology and I like to respond to these preachers who need to grow in their spirituality and understanding of God.
There is a positive and loving scripture for every negative one that they preach.

paula: stories4hotbloodedlesbians.com
I write stories and clebrate lesbians.
Reply
# paulakey 2013-05-20 20:37
Keep it simple, is my motto regarding my faith. I have faith in a spirtual being who created this earth and me. All religions when you take away the useless 'trappings of dogma' have the same message: love God, love neighbour, love self.
I think the first two come easier than 'loving self.'
In keeping it simple, I believe: I love my God and my God delights in me. It is the perfect relationship of unconditonal love.
paula
on stories4hotbloodedlesbians.com
Reply
# paulakey 2013-05-20 20:40
Let others rant and rave, condemn and live their lives.

"Be still and know that I am God." (Old Testament)

Speak your truth and, let it fall to the ground like a seed.
Some will grow and blosoom, but some seeds need to germinate a long time, and may never bloom the way we want them to bloom.
Reply
Refresh comments list
RSS feed for comments to this post