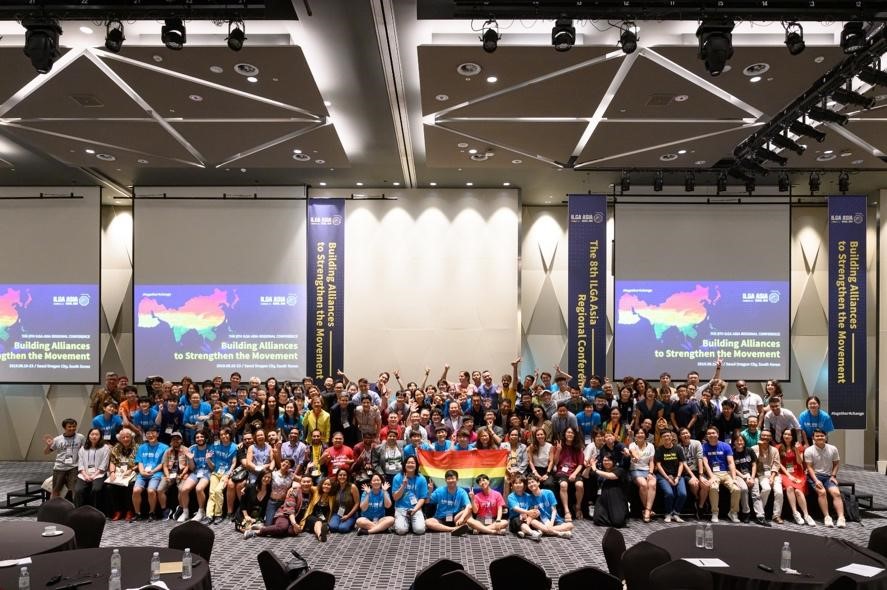 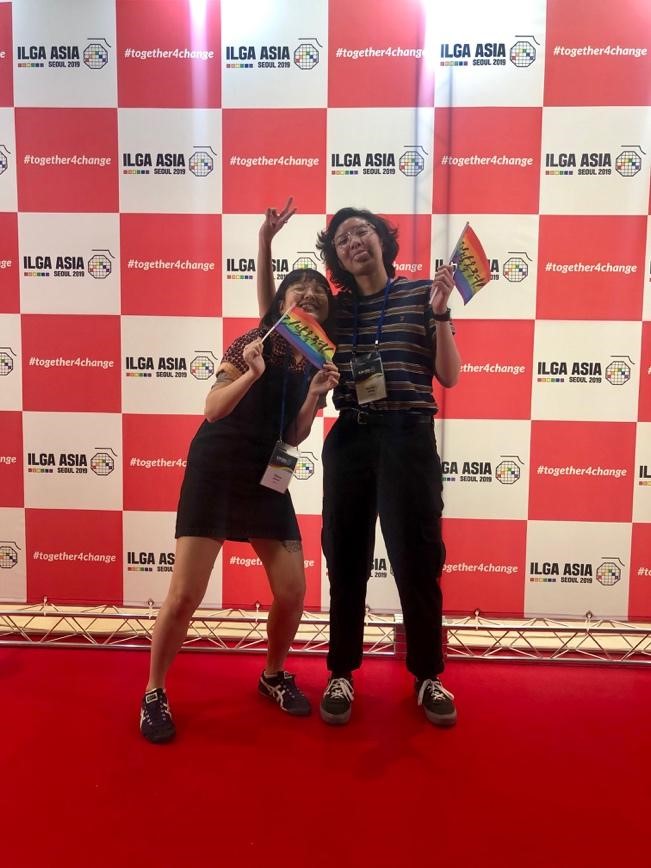 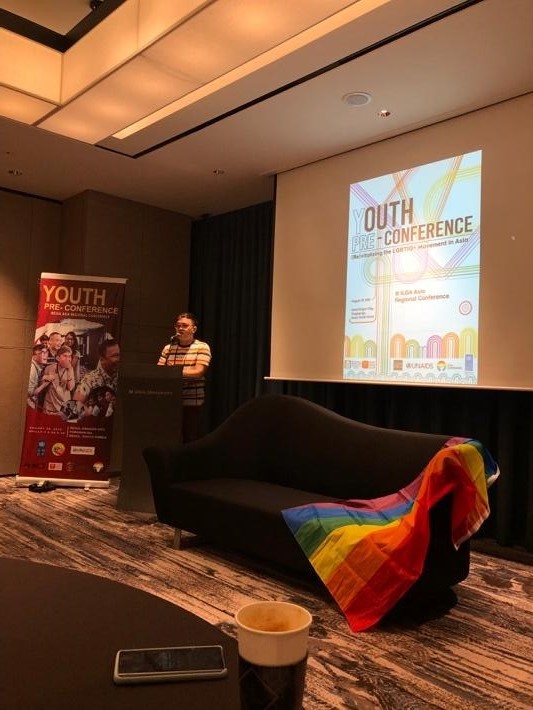 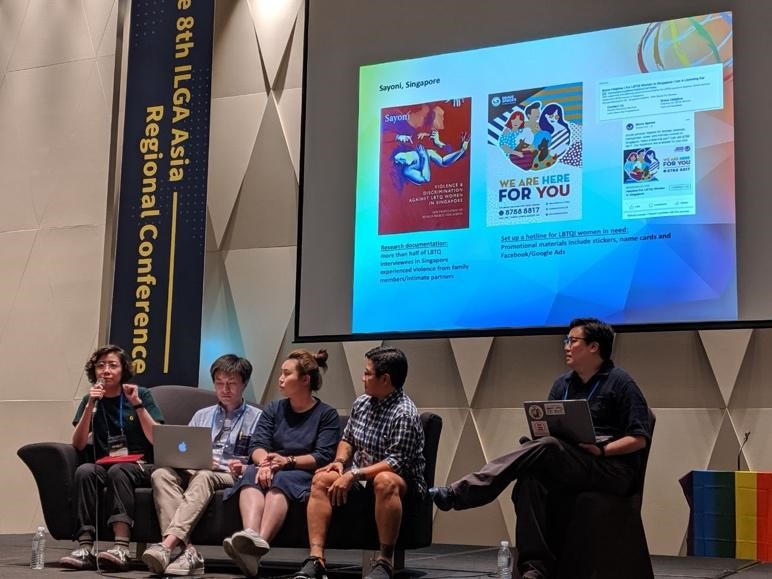 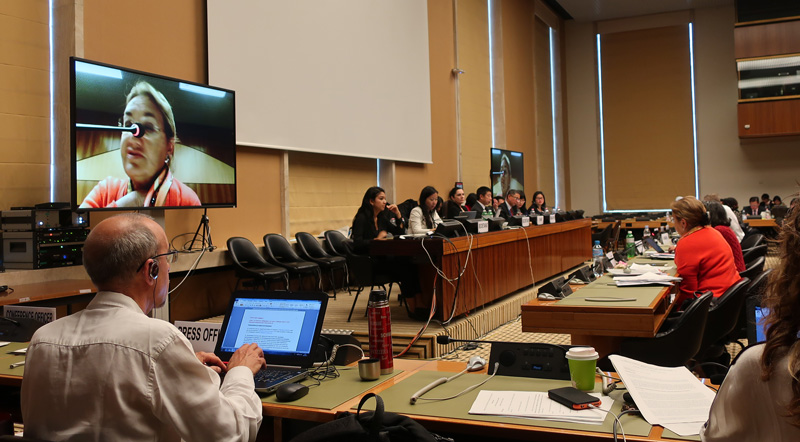 In October 2017, Singapore government officials who were in Geneva, Switzerland, to report on gender equality in the nation met an unexpected barrage of questions on the situation of lesbian, bisexual, transgender and other queer (LBTQ) women. In response, the officials evaded the questions, denied that there was discrimination, and insisted that LBTQ women were not discriminated against. But the women’s rights experts who asked the questions had clearly heard the voices of Sayoni and our civil society allies. Among their list of recommendations for Singapore, published a month later, was a section devoted to LBTQ and intersex women, recommending that the Singapore government put in place laws and policies to protect this group, including its media policies.

This was a landmark move from the group of independent experts, who are elected to serve four-year terms and convene to review the progress of states that have signed the treaty. The Singapore government ratified CEDAW (Convention on the Elimination of All Forms of Discrimination Against Women), a United Nations treaty, in 1995 and has regularly submitted reports on measures it has taken to implement gender equality within the country according to the CEDAW framework.

However, LBTQ issues are not always included in Concluding Observations, and when they are, they are seldom given wide, overarching treatment. Hence, Sayoni is pleased that the experts were able to recognise our point that LBTQ women are subject to intersecting forms of discrimination and efforts must be made to specifically ensure protections for this minority group. We hope that the government is similarly able to acknowledge the discrepancies that need to be redressed and takes steps to equalise laws and policies for all women.

Sayoni engaged in a host of advocacy efforts leading up to the fifth review of Singapore in 2017. Five years ago, we documented evidence of violence and discrimination among LBTQ women in a multi-year project that we plan to release in report format. This evidence informed the shadow report that we submitted to the CEDAW Committee to supplement information from the government report. We were also proud to be part of a coalition of civil society groups (“Many Voices, One Movement”) that submitted a comprehensive coalition shadow report highlighting important issues to the CEDAW Committee, including the concerns of migrant workers, sex workers, and Muslim women.

In October 2017, representatives from Sayoni travelled to Geneva to personally lobby the CEDAW Committee, as we had done during the last cycle in 2011. Members of the committee were very receptive to our points and brought up most of them during the session with Singapore state representatives. These questions were further condensed for the final document in the form of recommendations for Singapore.

The following recommendations on LBTQ women are excerpted from the Concluding Observations:

27.    The Committee recommends that the State party:

(c)    Address negative stereotypes and discriminatory attitudes with regard to the sexuality of adolescents.

40.    The Committee expresses concern that lesbian, bisexual, transgender and intersex women face discrimination in various areas of life, and that their situation is often exacerbated by the policies of the State party, including its media policy.

41.    The Committee recommends that the State party ensure that lesbian, bisexual, transgender and intersex women are effectively protected against all forms of discrimination in law and in practice, including by undertaking educational and awareness-raising campaigns to combat discriminatory stereotypes, including in its media policies. 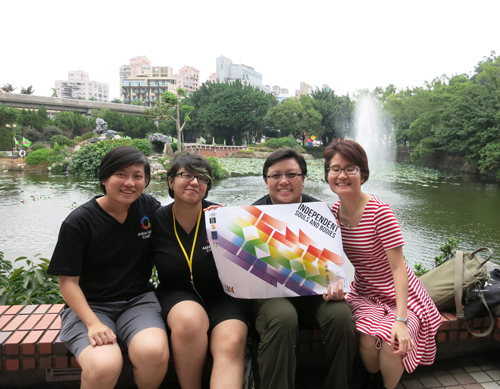 Several Sayoni volunteers attended the 2015 ILGA-Asia regional conference held in Taipei, Taiwan, from 28-30 October this year. Besides learning from other Asian activists at the formal sessions, we also took the opportunity to share strategies and ideas in informal settings. This year's conference coincided with Taipei's 2015 Pride Parade, the largest pride march in the region.
It was the first time that this lesbian, gay, bisexual, transgender, intersex and queer (LGBTIQ) conference was held in Taiwan. Co-organised by the Taiwan Tongzhi Hotline Association, the conference saw 300 activists from 30 countries, including Bangladesh, Nepal, Pakistan, China, Malaysia and Singapore. Over a period of three days, activists held talks and workshops about the work they were doing within their organisations and regionally.
Add new comment

Brian Tofte-Schumacher of IGLHRC sat down with Raksha Mahtani of Sayoni, a Singapore-based group that organizes and advocates for lesbian, bisexual and transgender women’s issues. Mahtani is a volunteer coordinating a human rights documentation project on violence and discrimination. The interview took place in NYC, during her visit for the United Nation’s Commission on the Status of Women conference in March. Mahtani, 26, has represented Sayoni at the newly formed Association of Southeast Asian Nations (ASEAN) Sexual Orientation, Gender Identity and Gender Expression (SOGIE) Caucus, the ASEAN People's Forum and the ASEAN Youth Forum. Before volunteering for Sayoni, Mahtani worked with AWARE, a gender equality organization in Singapore.

Q: What would you say are the biggest challenges for LGBT people in Singapore?

A: I think some of the biggest challenges are quite personal. I think that's a big narrative in Singapore because the society is already multi-religious, multi-ethnic, and generally conservative in that many don't see being LGBT as “natural” or “normal” or “acceptable.” So often because of this, LGBT people are demonized, vilified, and seen as “things” to be corrected. People come out to their families and risk being subjected to corrective therapy or reparative counseling, often involving religious leaders. These can happen in the private sphere, and go unnoticed by most.


Read the full interview here. Sayoni's research project is ongoing and scheduled to be released next year. Thank you to all who have generously shared their stories. 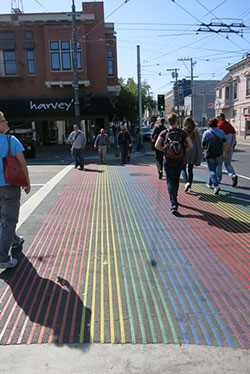 The US has shaped global LGBT history and culture in many ways. In some states, same-sex marriage and anti-discrimination laws exist, yet LGBT-related violence is not unheard of. So it was with great curiosity that I travelled to the US as a Sayoni representative, one of 19 participants from as many countries participating in an International Visitor Leadership Program exchange.

Our specific programme focused on civic engagement. The group received an overview of the US political system and, through a series of meetings, a better understanding of how its civil society organisations and government agencies advocate for civil and human rights. The journey took me to four states, Washington DC, South Carolina, Utah and California, with a final stop in San Francisco.