We would like to call on our readers to support this petition to protest the discrimination against lesbian football players: click here.

FIFA: Call Out this Foul Play

Even before the Women's World Cup kicks off this Sunday, June 26, the rules have already been broken.

For the past two years the Nigerian Football Federation has conducted a witch-hunt to kick women off the national team who were suspected of being gay. And the team's coach just bragged to the New York Times that she has dealt with “the big problem” of lesbianism.

FIFA, soccer’s world governing body, has a powerful record of fighting discrimination. Now as Nigeria takes the field in the Women's World Cup opening game, FIFA needs to give coach Uche the red card: publicly condemn systematic discrimination and take the necessary steps to end homophobia in the league. 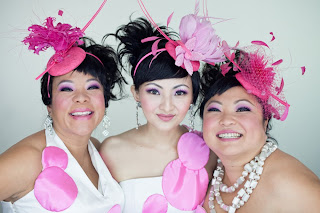 In exactly one month, on 18 June 2011, Singaporeans will, for the third year running, gather at Hong Lim Park to form a human pink dot in support of the belief that everyone deserves the freedom to love.

This is breaking news: no other news media outlet has reported this at the time of publishing. Sayoni is able to report this based on our own sources closely involved in the case. At the time of writing, the judgment has not been published in Singapore Law Review, or been reported on Singapore Law Watch. The citation of the case, for those interested, is Tan Eng Hong v Attorney General, [2011] SGHC 56. However, Sayoni has obtained a scanned copy of the judgment, which we are glad to attach for the perusal of our readers. Once it has been reported on the Singapore Law Watch, we will be glad to provide that link for our readers.

This news was first published on Channelnewasia.

Sayoni strongly condemns sex with minors, whether they be gay, straight or lesbian.

SINGAPORE: A 22-year-old woman pleaded guilty on Wednesday to two counts of performing a sexual act on an underage girl, in what's believed to be the first case of its kind in Singapore.

The article below was published by the Straits Times. Sayoni is proud of two of its actively contributing members, Irene and Olivia, for coming out publicly in mainstream media.

But society is not ready for such openness in Parliament: MM Lee

Social mores at one time kept single women out of Parliament. The likes of Ms Penny Low and Ms Indranee Rajah, both sitting MPs and unmarried, prove that frontier has been breached.

Minister Mentor Lee Kuan Yew has revealed that he has no problems with having homosexuals in Parliament.

The surprising comment came in an interview in which Mr Lee makes his most comprehensive statement on homosexuality to date. It was published in a new book about his beliefs, Hard Truths To Keep Singapore Going. It is available at bookstores with DVD for $39.90.